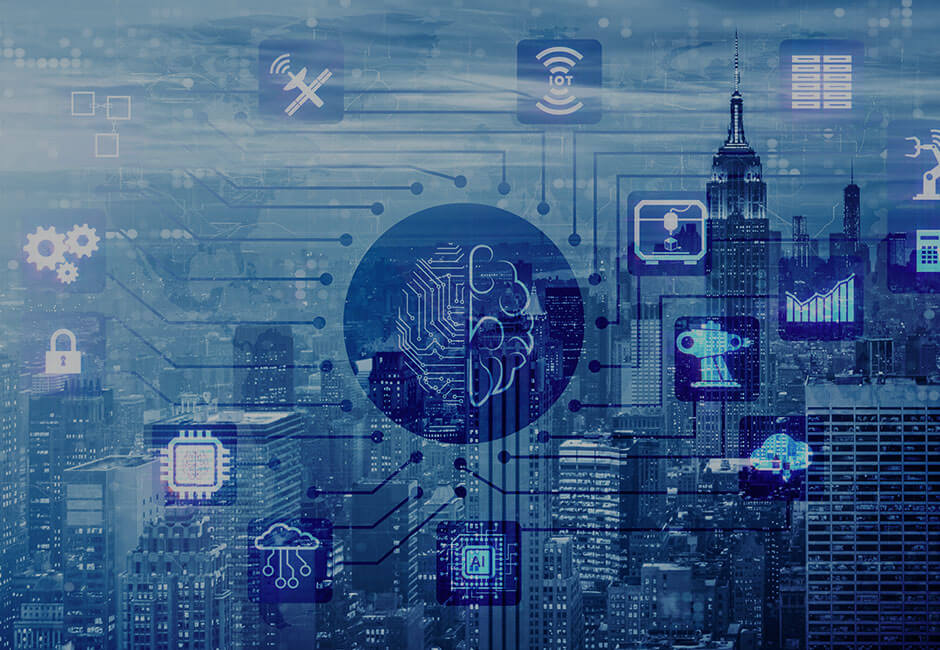 Internet of Things: the automation of smart, connected products

As Hong Kong gears towards smart city development,  the Internet of Things (IoT) as a technology will be a key player in propelling a new digital age. This reveals enormous potential in the development of both urban living and corporate progressions.

So, what does the internet of things actually mean? The term is very literal and as a high-level overview, essentially mean ‘smart connected systems’- connecting any devices (i.e. electronics / sensors / computers) to a network (i.e. Internet), enabling them to communicate and exchange data. There are three core elements to the IoT:  the physical, the ‘smart’, and the connectivity. We previously talked about artificial intelligence and deep learning– these act as the brain or the smart part of IoT. Nonetheless, the essence of IoT is built upon the roots of communication and connectivity. With the installation of sensors and softwares, even the simplest everyday objects can be made ‘smart’ through this inter-connection. This eventually negates or reduces the need of human supervision in day to day processes.

As the essence of ‘connectivity’  forms the backbone of IoT,
anything that can be connected can be utilised. To break it down, IoT is built on the concepts of cloud computing, machine learning algorithms and networks of data-gathering sensors, supported by connectivity and communication capabilities. Any device with a power switch can be connected one-to one, one-to-many or many-to-many (e.g smart homes and cities).

Using embedded sensors, processors, and communication hardware/software, these devices are able to collect, send and act on data they acquire from their surrounding environments and from each other.

It can also be thought of as the flow from data acquisition to user application through one or many devices- let’s take a closer look at these components.

In the first component, sensor networks (in any form) are deployed in the field to collect data. The density of sensors deployed are directly proportional to the size of data that one aims to collect. With complicated IoT systems, there are usually several sensors located in different devices across a geographical area. When the data has been collected by these sensors, it passes through a connectivity medium to an ‘access gateway’ where data handling, message routing and cross platform communication is  usually done.

The connectivity medium used here can be anything wired or wireless, from LAN to cellular, satellite, wifi and bluetooth etc.

If the amount of data is not significant, this ‘access gateway’ also known as a server will start to break down and analyse the data where it is. For bigger projects involving multiple sensors and a large amount of data, this gateway simply acts as a centralised medium where it consolidates the data before communicating the consolidated version to a ‘cloud’ where data processing will then be done. This is to avoid over-crowding the cloud.

Once the data gets to the ‘cloud’, this is where most of the processing, commanding and analytics (the “smart” part) typically occur in real time. Data processing is multi-faceted and can operate both ways, acting as an interface between the sensors and the user application. The last component is all about making the data useful to the end-user in a simplified and comprehensive manner despite the project scale. For example, with Motherapp’s Smart Crowd Management Solution, analysed crowd and traffic data can be sent through text or an app notification to the public or to the internal team for further action. Other than on mobile, this sorted data can also be showcased on large LED screens and other analytics tool that will support the development of smart cities. Some bigger-scale examples can be seen from wearable devices like an Apple watch, Fitbits to virtual control in smart homes such as the doorbot (now named Ring), and now even smart, driverless cars (Waymo). It is exciting to see what else the IoT can enable in smart cities and societies. In the next article on IoT, we will delve deeper into the capabilities and real-life application of smart, connected products.

The increasingly online nature of our generation together with the strive for Industry 4.0 and digitalisation initiatives from the private and public sectors will be the driving force for the future of smart connected systems. To learn how we have adopted this technology in our projects, feel free to click through our case studies  or get in touch with us at [email protected]

Perhaps you can better make use of the products you own or the data you have, to create a seamless process.